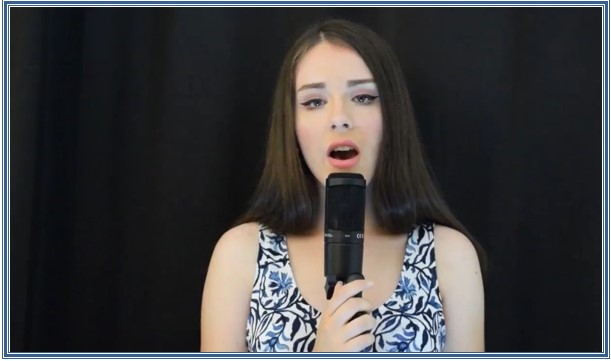 Since her first success at the age of only 5 years, Diana Petcu has gained more and more in performance. She has proven that with the help of a trusted person it is possible to turn dreams into reality.

In addition to her singing talent, Diana has a phenomenally authentic charisma – that is her particular strength, as well as her key to her success on international terrain.

She represented her native country (Romania) at numerous international competitions in countries such as: Montenegro, Ukraine, Italy, Latvia and Macedonia.

With her YouTube © channel in 2011 she started her further success and also has a steady fan base on Patreon ©.

When I read the comments of her patrons and the answers from Diana, I realize one thing: Diana Petcu lives with her fans in a “musical family”, despite their busy schedules, they make every effort to answer their comments to their community.

Your success on YouTube © makes many users subscribers – and even there Diana always tries to respond to the comments.

The fan base of Diana Petcu,

is wholeheartedly grateful for so much passion, authenticity, charisma and natural gratitude that comes from the bottom of her heart. With her videos Diana shows many people how amazing and motivating it is to interpret songs of international singers in a personal way.

With her vocals she offset her fan base into another world – a world of musical poetry, strength and positive thoughts.

She proves that a vision becomes a mission – her mission to empower people.

Last but not least: Diana has since 21/10/2018 realized with her “PART OF THE REQUEST WEEK”, a completely new idea for her Patrons. She sings a song for her supporters, which they are allowed to choose.

Do you want to enjoy that Diana sings your wish song for you and the entire community?

Then you become patron!

One Reply to “#Diana Petcu – from the vision to mission”